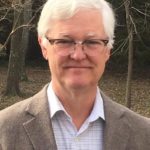 For 20 years Pat Elder has worked nationally to counter the abusive practices of military recruiters in the nation’s high schools. Pat is the author of Military Recruiting in the United States and he is the Director of the National Coalition to Protect Student Privacy. Pat has helped to pass laws and policies restricting military recruitment in schools.

In 2017, Mr. Elder shifted his focus from military recruitment to military contamination. Pat says the change represents a 4th quarter shift in strategy.

Children Are Being Exposed to Lead Through Military Shooting Programs (2018)

An Empire of Bases Poisons Water, Threatening Its Own Collapse (2018)

The Tyranny of Contamination – The U.S. Military is Poisoning Okinawa (2019)