Tests of water and fish show high levels of PFAS contamination;  Maryland Department of the Environment questions whether levels pose a threat to human health.

Water recently collected by the Upper Potomac Riverkeeper from Antietam Creek near the Hagerstown Wastewater Treatment Plant (WWTP) contained 138.9 parts per trillion (ppt.) of toxic PFAS chemicals. The Smithburg WWTP had 81.8 ppt of PFAS and the U.S. Geological Survey (USGS) site near the historic Burnside Bridge in the Antietam National Battlefield, 1,000 feet from the Potomac River, contained 13.4 ppt of PFAS.
​
PFAS, or per- and poly fluoroalkyl substances, are extraordinarily toxic, bio accumulative, and they never break down in nature.  The chemicals are linked to a host of cancers and they threaten the unborn fetus in the tiniest amounts.  They are extremely dangerous.

​The USGS analyzed PFAS levels in the blood plasma of Smallmouth Bass at the same location near the historic bridge.  The results ranged from 220 to 574 ng/ml, or 220,000 to 574,000 ppt.  Public health officials warn the public not to consume more than 1 ppt. per day.

A snapshot of regulations elsewhere:

A Smallmouth Bass caught on the Potomac River.

In Lake Monoma, Wisconsin, near Truax Field Air National Guard Base, water is contaminated with 15 ppt of PFAS.  Authorities limit eating carp, pike, bass, and perch to one meal a month.  Unlike a confined lake, however, our Smallmouth Bass may travel relatively long distances in the Potomac and neighboring creeks. Fish act like sponges for the bio accumulative toxins.
​
Pine Lake, New Jersey, receives run-off from Joint Base McGuire-Dix-Lakehurst, and had PFAS totaling 170.7 ppt, a little more than the findings in Antietam Creek. The consumption of eel, largemouth bass, and pumpkinseed sunfish from Pine Lake is limited to once a year.​

​Shellfish and crabs accumulate PFAS even more than fish.

The Frederick News Post reported on the contamination in Antietam Creek in an August 5th story.

The paper quoted a Maryland Department of the Environment (MDE) official who questioned the riverkeeper’s “interpretation of the results with regard to human health risk.”  The Upper Potomac Riverkeeper’s  Antietam Creek PFAS Sampling Project cites a study by the Environmental Working Group that calls for maximum contaminant levels for PFAS in drinking water to be established at 1 ppt. The group cites, “cancer; harm to immune system, hormone disruption; harm to fetal growth and child development; and harm to the liver as risks to public health.
​
Does the MDE defend eating fish containing 574,000 ppt of PFAS?  It sure sounds like it.

People are eating fish caught from the creek and the river containing 574,000 ppt of the toxic substances.  This is a public health emergency. Most of the attention given to the issue of PFAS contamination by the EPA, the Department of Defense, and individual states has centered around the contamination of drinking water. However, the primary route of exposure to PFAS is through the diet, namely, seafood from contaminated water bodies.

This single fact ought to drive state responses toward protecting human health.

The Environmental Working Group and Northeastern University point to studies by Phillipe Grandjean of Harvard University and many other independent researchers who warn about ingesting more the 1 ppt per day of the substances in drinking water. Increasing numbers of academics and environmentalists worldwide call for a 1 ppt maximum contaminant level (MCL)  for the entire class of PFAS in drinking water while the EPA steadfastly refuses to regulate the substances.

Brent Walls with the Upper Potomac Riverkeeper Network said anyone who’s going to be eating the contaminated fish will be consuming large amounts of PFAS. The Riverkeeper also pointed to contaminated sludge produced by the wastewater treatment process that is being used on crops and fields.  “The MDE needs to start assessing and developing a plan of action a lot faster,” he said, pointing to other states that have set PFAS levels in drinking water, wastewater treatment plants, and biosolids.

15 states  (Alaska, California, Colorado, Florida, Indiana, Massachusetts, Michigan, Minnesota, New Hampshire, New Jersey, North Carolina, Oregon, Texas, Vermont, Wisconsin) have a guideline for at least one PFAS analyte in at least one environmental medium.
Walls said that as far as they know there are no direct sources of PFAS in the Hagerstown Wastewater Treatment Plant area, although a survey of the region reveals a handful of potential polluters.

DLA contractors dispose of the military’s hazardous materials.  DLA contracts govern the removal and disposal of firefighting foams from military installations to DLA-licensed facilities.  The aqueous film-forming foams (AFFF) are loaded with PFAS chemicals. At least 2 million pounds of the materials have been partially incinerated by DLA contractors, raining the toxins on people downwind.  The substances do  not completely burn.

Millions of pounds of AFFF are waiting to be disposed at DLA-licensed facilities across the country.  According to the DLA, “Under EPA and DoD policy, and, specifically, The Resource Conservation and Recovery Act (RCRA) standards, a supported DoD activity determines if its wastes are, or are not, regulated and how they may be properly disposed of.”

In the case of the  contamination of Antietam Creek, Maryland Clean Earth would apparently make that determination. PFAS are not considered by the EPA to be hazardous substances, so they are not regulated.  There is no enforceable federal standard and Maryland has not been proactive.

The same is true with Valicor Environmental Services, which is also on the DLA’s list. Valicor has a plant a half mile from Conococheague Creek, about a mile from the Potomac, and 25 miles upstream from the USGS’s fish.

Valicor is a defendant in a lawsuit in Ashland, Kentucky that claims the company falsified records regarding the kinds of contamination it was shipping to a local landfill. Allegedly, Valicor misrepresented a load of soil that was dirtied with fracking fluid – which can include lead, radium, uranium, methanol, mercury, hydrochloric acid, and formaldehyde, according to the suit.

Valicor recently acquired Strength Environmental, a Centralized Wastewater Treatment Facility (CWT) for the treatment and disposal of the PFAS pool of compounds. 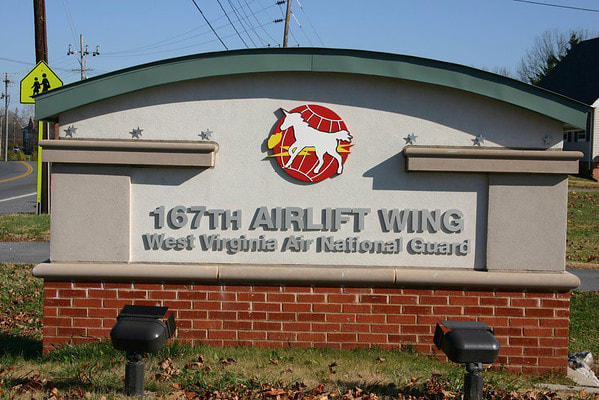 The Martinsburg Air National Guard base is contaminating the region with PFAS chemicals.

In 2018 The Air Force reported contaminating surface water with levels of 3,062 ppt at the 167th Airlift Wing Air National Guard (ANG)  Base in Martinsburg, WV. The water from the base flows eastward into Opequon Creek and into the Potomac River. That intersection of waters is about 18 miles upstream from our poisoned Smallmouth Bass.

The Martinsburg ANG base has also contaminated groundwater headed in the direction of our fish at Antietam.

The groundwater heading toward the Potomac River carries 126,670 ppt of PFAS chemicals, a tsunami of poison. 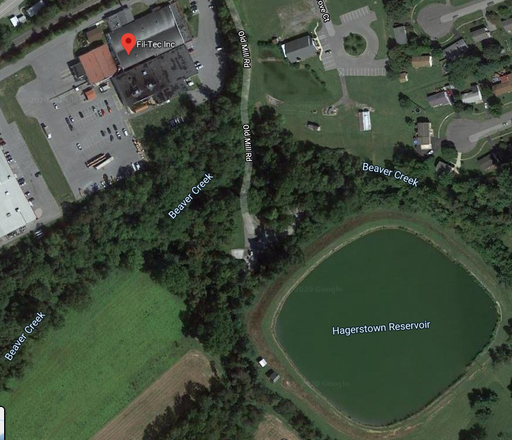 Fil-Tec, a manufacturer of products containing PFAS is located adjacent to Beaver Creek and the Hagerstown Reservoir.

Fil-Tec is located in Cavetown adjacent to Beaver Creek and the Hagerstown Reservoir.

Beaver Creek empties into Antietam Creek about 12 miles downstream from Fil-Tec. The location is just south of Devil’s Backbone Park, about 7 miles upstream from our infamous Smallmouth Bass captured near Burnside’s Bridge.

Fil-Tec has done nothing  wrong and there is no evidence the company has contaminated Beaver Creek. Even if it did, Maryland prefers not to regulate the substances.

The Electromet Corporation is a large defense contractor engaged in sheet metal fabrication, coating services, chemical processing, machining and finishing. Some of these processes are known to use materials containing PFAS chemicals. Electromet is located about 1,000 feet from Antietam Creek, roughly 14 miles upstream from our poor fish.

Most landfills are loaded with PFAS.   The Washington County Landfill is located on Conococheague Creek, about 9 miles north of the Potomac.  Our poisonous Smallmouth Bass was captured about 25 miles  from the confluence of the Conococheague and the Potomac. Both the fish and the chemicals travel long distances.

Where else could the PFAS contaminants in our unfortunate fish be coming from?

Oil refineries, municipal fire stations and airports all trained with AFFF and have used it for decades.  The MB Oil Refinery in Hagerstown is a potential suspect. Unnamed streams carry water from the area near the oil refinery about four miles to Conococheague Creek.  From that point, our poisoned Smallmouth Bass was captured about 16 miles downstream.

The west branch of Marsh Run carries water from an area close to the runway at the Hagerstown Regional Airport about 5 miles to a point on Antietam Creek, approximately 14 miles away from our latter-day fish.  Ten fire stations are located within 16 miles from the Burnside’s Bridge collection site.

Where’s the state?  Is it OK to eat PFAS-contaminated seafood from Maryland waters or not?  Increasing numbers of us won’t touch it.

Maryland is experiencing an environmental health crisis while few are paying attention.

Wells up to 16 miles away from Chemours plant test...