Information on non-hodgkin’s lymphoma, one of the 15 health conditions covered by the VA for Camp Lejeune victims.

This information comes from an aggregate of professional sources, including Cancer.org, the Mayo Clinic and the National Institutes of Health (NIH).

Non-Hodgkin lymphoma (also known as non-Hodgkin’s lymphoma, NHL, or sometimes just lymphoma) is a cancer that starts in cells called lymphocytes, which are part of the body’s immune system. Lymphocytes are in the lymph nodes and other lymphoid tissues (such as the spleen and bone marrow).

The main types of lymphomas are:

These different types of lymphomas behave, spread, and respond to treatment differently. Doctors can usually tell the difference between them by looking at the cancer cells under a microscope. In some cases, sensitive lab tests may be needed to tell them apart.

Non-Hodgkin’s lymphoma symptoms may include:

Normally, lymphocytes go through a predictable life cycle. Old lymphocytes die, and your body creates new ones to replace them. In non-Hodgkin’s lymphoma, your lymphocytes don’t die, but continue to grow and divide. This oversupply of lymphocytes crowds into your lymph nodes, causing them to swell.

B cells and T cells – Non-Hodgkin’s lymphoma can begin in the: 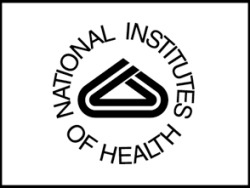 The doctor will perform a physical exam and check body areas with lymph nodes to feel if they are swollen. The disease may be diagnosed after biopsy of suspected tissue, usually a lymph node biopsy. Other tests that may be done include:

If tests show you have NHL, more tests will be done to see how far it has spread. This is called staging. Staging helps guide future treatment and follow-up.

You may receive chemotherapy, radiation therapy, or both. Or you may not need any immediate treatment. Your doctor can tell you more about your specific treatment. Radioimmunotherapy may be used in some cases. This involves linking a radioactive substance to an antibody that targets the cancerous cells and injecting the substance into the body.

High-dose chemotherapy may be given when NHL returns after treatment or does not respond to the first treatment. This is followed by an autologous stem cell transplant (using your own stem cells) to rescue the bone marrow after the high-dose chemotherapy. With certain types of NHL, these treatment steps are used at first remission to try and achieve a cure.

Low-grade NHL usually cannot be cured by chemotherapy alone. Low-grade NHL progresses slowly and it may take many years before the disease gets worse or even requires treatment. The need for treatment is usually determined by symptoms, how fast the disease is worsening, and if blood counts are low. Chemotherapy can often cure many types of high-grade lymphomas. If the cancer does not respond to chemotherapy, the disease can cause rapid death.

NHL itself and its treatments can lead to health problems. These include:

Keep following up with a doctor who knows about monitoring and preventing these complications.

Great question, Kathryn. In the recently released Civilian Mortality Study by the ATSDR in July 2014, researchers found “found increased risk of death in the Camp Lejeune cohort for several causes including cancers of the cervix, esophagus, kidney, and liver, Hodgkin’s lymphoma, and multiple myeloma.” Through our own research and efforts, we are quickly realizing that The Honoring America’s Veterans and Caring for Camp Lejeune Families Act of 2012, which specifically listed 15 conditions for coverage, was vastly limited in scope and approach to this problem. As new research, scientific studies and data come in, we believe that more primary and secondary health conditions beyond the 15 will be linked to contamination at Camp Lejeune. Some in the cause are already pushing the call to make any condition presumptive, rather than having to prove connection. We have also found that the scope of the law was also significantly flawed by not specifically including detailed language also for civilian DOD workers, spouses and children (including those exposed in utero). We hope with more outreach and awareness that your questions and ours will be heard and resolved. To read the Civilian Mortality Study, please click here. Thank you for your comment/question. -GS