At Civilian Exposure, we’re continuing to build out our team of writers, contributors and journalists eager to share their research and perspectives on various aspects of military contamination. Today, we’d like to introduce writer Terri Pace, the newest member of our Journalist Advisory Board. Over the coming weeks and months ahead, Terri will be sharing her personal experiences with her own TCE exposure, plus share her ongoing work and research into the origins, uses and health impacts of TCE. 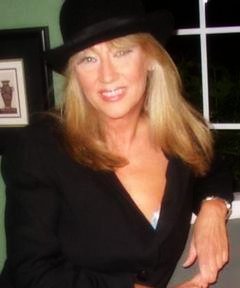 My story started in 1971. I worked for a company by the name of GAF in Beaverton Oregon. I was only 17 years old. I was a parts assembler and probably the youngest employee that GAF had employed. GAF was the manufacturer of a toy called the View-Master which was a line of stereoscopes that had film “reels” encased in cardboard disks. There were seven 3-D pairs of little color photographs on the film and they were very popular at the time.

All I did was stamp plastic parts together. I worked with women who were mostly in their 50’s and 60’s who would bring scrumptious home baked goodies each day to share with their coworkers. Working there was like going to a coffee clutch while doing the mundane work of stamping the plastic parts and pieces together. These wonderful women spoiled me with their interesting life stories, brownies and cupcakes, while we sat and assembled the shiny black pieces of the View Master. My mother worked in another department and she enjoyed her crew as much as I did mine.

The company supplied as much coffee as we wanted, and I was as much of a coffee drinker then as I am now. The water to make the coffee was from the well that was on the property of the GAF/Sawyer corporation. Of course, none of us had a clue that with each cup of coffee or drink of water from the fountain, we were consuming a toxin that would come back to haunt us one day. We were not aware that with every breath, we were inhaling undetectable fumes or that it permeated our skin as we sat there and worked, however, we were being inundated with toxins from the degreasers that were being used in other parts of the plant. We were unaware that left over degreasers were being dumped in the nearby field that seeped into the well where our drinking water flowed from. This was the beginning of what would be the exposure of 25000 innocent employees and countless people in the neighboring areas.